When you hear of a range closure or failure of a new range to receive approval, the events are often familiar: It starts with one or two grouchy neighbors opposing the range. They stir fear among other neighbors, and soon a vocal group opposes the range.

When it comes to complaints regarding an established facility, club and range owners often fight back with a “We were here first” approach–a defense that rarely works against a room full of angry neighbors at a public zoning hearing. As the room heats up with rhetoric, the rights of a range owner slowly melt away. This is caused by a changing public perception of the range–a change that is clearly preventable.

Indoor and outdoor ranges give emphasis to many considerations, such as safety and lead management, but at an outdoor range the number one issue is noise. Ranges, of course, do make noise, but it’s the way people perceive the sound that counts. Just like the expression, “Beauty is in the eyes of the beholder,” people judge sound with their brain, not their ears.  The roar of engines and screaming tires may stir the heart of a NASCAR fan but annoy those who don’t enjoy the sport.  The crying of a baby on a plane might irritate some, but if it’s your grandchild, then it’s not so bad. Understanding this simple principle is the key to understanding neighbor complaints about your range. If neighbors like your range, they won’t mind the sound. If they dislike it, sound can be an irritant.

Why put your range or range plans at risk by ignoring neighbor concerns when it’s easy to appease them?  Even if they’re non-shooters, it’s not hard to make your range welcome in the neighborhood. Here are 10 ways you can improve relations with range neighbors:

1. KNOW YOUR NEIGHBORS. Many range operators have no idea who their neighbors are. A simple way to find out is to ask your county executive’s office for a list of neighbors who will be notified of zoning hearings for your range. Use this list as a guide.

2. NEIGHBOR RELATIONS PERSON. Appoint a neighbor relations (NR) person. This should be a charismatic person in your group who gets along well with others. Keeping neighbors friendly is an ongoing effort that requires regular maintenance. The NR’s job should be to contact or visit each neighbor on a regular basis and ask questions such as, “Any complaints?” or “Anything we can do to help?” He should identify those who represent strong opposition; they may require special treatment.

3. OUTSPOKEN MEMBERS. Every shooting club seems to have at least one. He’s the flag-waver who shouts, “Freedom, liberty,” at meetings. He’s a great person to have on your side, but his rants can often create problems with the public perception of your range–especially at a public zoning hearing. It’s important to retain that person’s support and friendship, but you may want to discourage him from attending such public meetings.

4. STOP RUMORS. You and I both know the damage rumors can cause. They say that if you buy a $1 lottery ticket in a small town and it rewards you with 10 bucks, by the time the story reaches the other side of town, you’ve won a million dollar jackpot.  Don’t let rumors about your range fester and grow. Each time you hear one, quickly locate the source and politely correct the person who is spreading it.

5. VOLUNTEER WORK CREW. A windstorm knocks down a couple of trees in a neighbor’s yard. A nearby farmer gets ill and needs help with harvest.  A local church needs volunteers for a roofing project.  When your NR identifies one of these problems in the neighborhood, he should have a willing group of volunteers ready to pitch in and help. Of course, you’ll want to have the volunteers “correctly attired” with shirts or caps that advertise your club or range.

6. LOCAL CHARITIES. Don’t say “No” when local charities come calling. Charitable donations by a range are great for improving your image. Ranges often have limited budgets, so spend wisely to stretch your dollars. For example, suppose your town asks for a donation to its annual holiday charity drawings. If you donate $20 as a prize, the winner will stick it in the pool and likely forget where it came from. A $20 range pass may have no value if the winner doesn’t shoot.  Instead, consider spending $20 for a frozen turkey and attach a large label that reminds the winner who donated it. After lugging it around town – telling folks where it came from – the winner will cook and serve it to relatives, also telling them where it came from. You might call this getting maximum mileage from your donation.

7. BUY LOCALLY. When you need supplies or building materials for your range, whenever possible buy locally and make sure the merchant knows that the purchase is being made for your range. Most merchants deal with a broad band of people in the area. Making merchants goodwill ambassadors for your range is a big plus.

8. NEIGHBORHOOD PARTY. Everyone loves a party. So throw a meet-and-greet party once a year and invite the neighbors. This can be held along with an annual club shooting event. Tell neighbors if they’d like to shoot, come at 4 p.m., but if they don’t care to shoot, come at 6 p.m. for a free barbecue and a door-prize drawing. Socializing with your neighbors in this manner builds strong relations.

9. JOIN LOCAL CLUBS & CHURCHES. A problem common to small towns and communities is a mistrust of outsiders. Members don’t have to live in a community, however, to be accepted. Simply participating in a few local activities such as meetings and church events will make them part of the community and improve your range’s image.

10. UNUSUAL SOLUTIONS. Sometimes a problem requires an unusual solution.  Chad Peters, president of the Morristown Gun Club in Morristown, Minn., relates a problem his club had: “A farmer and his wife who lived near the range didn’t like the sound of trapshooting and frequently complained to the county. Then came a year when dairy farmers were struggling with a hay shortage.  The club has a small field that members mow and use for overflow parking for two large shoots each year. One member had an idea: Let’s make a deal with the complaining farmer. We’ll let him use the field to grow hay, free of charge. In return, ask him to time his mowings to coincide with the club’s two large events. The farmer gladly accepted the free rent offer, and the club no longer had to mow for these events. Something else resulted: The farmer and wife are no longer annoyed by the sound of trapshooting.” 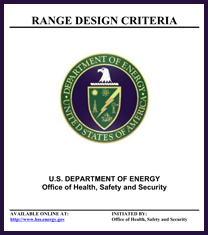 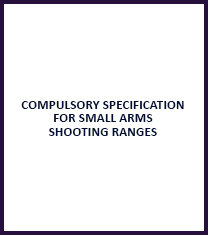 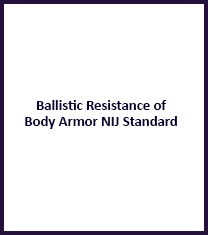 View all Products in this Category
Request a Callback